One of a series of articles on singing, from Ebony Rose

The vocal chords are living tissue and need to be used carefully. ( Avoid sudden shouting or gravel sounds as this causes strain). Hear the sounds mentally before you release them….

Inhale expanding the lungs……when breath goes through the larynx and vocal chords energy, vibration, sound, and pitch come into play. We are also using our resonators (air cavities, throat mouth nose and sinuses.

When a guitar is played you strum the strings.A Vocalist must find the power and know where to resonate from in the facial cavity. Fasinating really as no teacher can show you exactly how to do it!

It is something we must feel and learn…

Remember that moment when you found the tone and pitch resonating in the right part of your face, forehead and at the same time you are using the diaphragm to control the depth and resonance…..the sound is so much better!

Stay tuned for the Vocal Chords!

Sala was the one who introduced me to the jam sessions. We had met online. I have always been keen to meet musically minded people, but not sure where to find them. The drum set in his profile picture caught my attention and I thought I would try and befriend this stranger. For about three weeks, we messaged each other and discussed music and occasionally sent each other an audio recording of ourselves.

Having a mutual musical interest, we thought it would be fitting for our first meet up to be music related, so we ended up meeting at Yarraville pop-up Park watching the Concerteenies. Sala invited me to come down to the jam session the following day, which I did. He bought me a drink and encouraged me to get up and sing. I can’t recall the songs I sang or how well I sang them (note sure if that was due to the drinks or the nerves), but I remember how friendly and warm everyone was. Since then, I have been one of the regulars at the jam sessions. 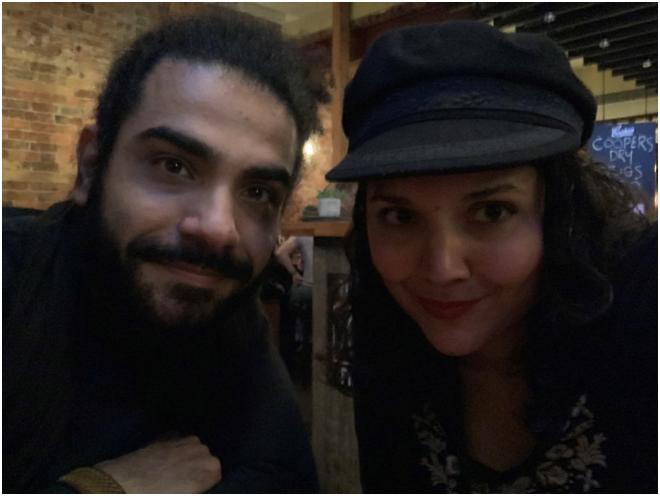 Another in a series of guest writers: Fermin Navascués on learning guitar. 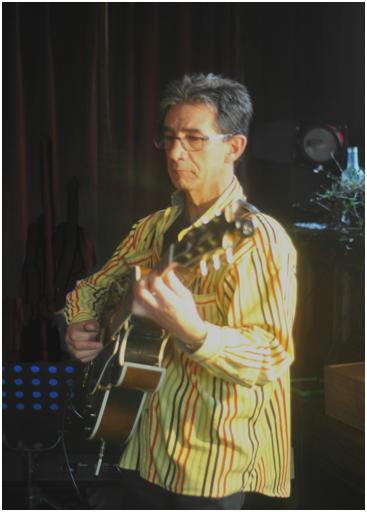 I used to come home from playing guitar in bands at functions and the like, playing pop music and soul tunes and my wife said to me “How come you go out and play pop tunes but come home and listen to jazz?” Well, true enough, I was disillusioned with contemporary music on commercial radio. A friend had referred me to PBS radio 106.7 and I discovered not only a plethora of jazz but also, Latin, funk, soul, world music and even doo-wop and progressive metal to mention a few. The key ingredient here was passionate and enthusiastic announcers who not only sourced significant and rare recordings but who could also tell you about the artist, the recording sessions, the impact of the music and some great anecdotes that brought these artists to life.

Where did the interest in jazz start? When I was 15 one of the senior boys at school who played great clarinet and admired Benny Goodman, encouraged me to jam with him in the science lab during lunch times. This led to playing rhythm in his 13 piece swing big band with guys averaging 16 years old. After that, I had tried to learn jazz guitar from a tuition book but found it hard going.

After listening to PBS and building up a CD collection of jazz artists, I found a CD at the library that brought it all home (No pun intended!). It was The Artistry of Barney Kessell with chord solos that seemed impossible to execute and improvisation that said something and makes every note count.

Eventually I signed up for jazz guitar lessons, with Bruce Clarke who at 80 years young was as sharp as a tack. In true Bruce style he gave me a time slot to decide if he was going to teach me. I practiced up in anticipation and when I arrived he asked me who was I listening to? Well, I said Barney Kessell and rattled off a few others like Joe Pass and Herb Ellis. He then asked me if I could read and put an exercise in front of me to prove it. He said he had heard enough, pointed to the photo on the wall of him playing with Barney Kessell and the other one next to it, playing with Herb Ellis and said, “See you next week”.

For me, the Jazz Jammers has provided the opportunity to transition from learning the music to playing it. It provides a safe haven to play with a wonderful array of musicians and instrumentation, and a great network for collaboration.

none other than the slightly gorgeous Susy accompanied by Malcolm Hornby on keys, Will hopefully on sax, and I am not sure who else. Susy started with the Jammers at the Leinster, opened at Laika Bar, and since gone back to study music. It shows…

Featured Singer Michelle Gigliotti, with meself on keys, Western swing bassist Kip Dale, Bill Swannie on drums, and Neil on guitar. Michelle last sang with the Jammers at the Grand Hotel, and will feature a few early blues and jazz tunes. Big voice, Michelle sings a range of standards – blues, a little latin and maybe a ballad or two.

Yup, we are running another series of featured singers, starting this Sunday with Annie Smith, who may or may not wear her little red bonnet, accompanied by Gentleman John Curtis and I am not sure quite who on double bass.

Annie Smith (this photo from the Inverloch Jazz Festival) will be selecting a coupla brackets of songs from her eclectic rep. in her own discursive style.

Hi
I need another  musician  to  play jazz  tunes from real book charts   in a  duo  format. I  will be playing  guitar or  bass depending  who fills  the  spot.

Rock on! Legendary singer-songwriter Bob Dylan was awarded the Nobel Prize in Literature on Thursday, October 13.

Dylan, 75, won “for having created new poetic expressions within the great American song tradition,” the Swedish Academy, which chooses the recipient, said in a press release. A short list of nominees was not revealed.

The 12-time Grammy winner is the first American to win the prize in over two decades. Novelist Toni Morrison was recognized for her work in 1993.

Given the short notice, we keenly anticipated a near empty room for the CCQ with Katerina Myskova last week. Got that wrong, pretty much full all night and an appreciative audience enjoyed a lively set.

This week’s line-up features the Captain (sax) TW (keys) Michael on drums and Ivan Sultanoff (double bass). Annie will go for a jaunt through her idiosyncratic song book – always entertaining – whilst the rest of us try to keep up. If you fancy a listen , grab a seat early. Parking is free, the food is good for the peckish, and the rest of you can amuse yourself with a cheeky little chardonnay at the bar. Sweet!

The Divine Miss Smiff – er, Annie, the microphone is over here . . .

If you have not seen Prince improvising have a look at the Concert for George where his fellow musos  (Tom Petty, Steve Winwood, Jeff Lynne and others on “While My Guitar Gently Weeps”) seem impressed