Like all other slightly deviant activities in the  universe, or the back bar, whichever you happen to be in at the time, the Melbourne (*) Jam Sessions are subject to immutable laws, generally empirically derived, and only clarified by the third or fourth round of drinks.

ABILITY  The Inverse Law of competence: This states that the amount of time taken to set up and start playing your instrument is inversely proportional to the level of competence subsequently displayed.

IMPROVISATION: The Law of Improvisation states that the number of notes played per nano second is often a clear indication of the complete lack of creativity in any given solo. Or of a devotion to late stage middle age be-bop fixation, which is much the same thing.

SOUND LEVELS: This law states that the louder you play, the better it will sound. It is a crap law, but does appear to have widespread support.

COMPLEXITY: The Law of Complexity states that complex tunes and/or arrangements, must generally be attempted by people deeply unable to master them, and deeply unable to appreciate that they remain un-mastered.. This Law of Complexity is often enhanced by the attemptee indulging in long explanations to other players of the form, intro, outro, key, fifth page repeated three times etc. etc. This leads to the Law of Perplexity

THE LAW OF PERPLEXITY: This states that the extent to which any given musician could not give a rats posterior about the long winded explanation (see above) is exactly proportional to the relative ability of that player vis a vis the attemptee (see above again…)

THE GADGETS PRINCIPLE: The Gadgets Principle is that the number of gadgets required by a musician multiplied by the number of minutes required to connect said gadgets, divided by the number of tunes that could have been played in the time taken to rummage around for all the gadgets in the first place, then added to the the number of musicians standing around waiting for gadget connecting sequence to be completed… is errmm… a very silly number indeed.

THE COOLNESS QUOTIENT: This quotient can be derived by dividing your age by the number of years spent in studying jazz,. If the answer is between 7 and infinity, you need to stay out of the sun, acquire black clothes, a pork pie hat, a supercilious sneer, thick rimmed spectacles and a goatee beard. If female, you can skip the pork pie hat.

If your answer is below 7, you rock, Dude, probably own at least one tee shirt with no writing on it, prefer vinyl to CD, know someone who knows someone who has heard of you but never met, and have travelled extensively in third world countries such as Carlton North and Abbotsford.

Footnote
Melbourne (Australia) is not known as the cultural capital of the South for nothing. It is a city of around 5 million people,  who all wear black, know where the best coffee in Melbourne is, and voted for someone else at the last election, so cannot be held responsible…

. . . The Difficulty Of Growing A Jazz Audience, which morphs into the joys of playing for fun rather than money. Worth a read…

We have had a request for some suggestions for new jazz songs to learn. Here are the 6 Golden Rules although no-one knows why…

Rule No 1; You can start with Summertime, Autumn Leaves, Route 66′, Georgia and other standards, because almost everyone else does, but if you want to sing them again and again, you had better come up with a new take on the tune. One Note Samba as a swing tune, Autumn leaves in French or 5/4 time or both, Georgia in 12/8, Route 66 with three or four singers, Caravan ditto. We have done all of these in the past, by the way.

And probably won’t be doing them again unless you ask nicely.

Rule No 2: Work out what the song is about. Find out who wrote it, and why. Listen to different versions. Try and relate it to your own experience. Cry Me A River is all about a bastard, so sing it with venom, Girl From Ipanema is about poignancy, with a sad back story for its creators.

Rule No 3: Mix it up – some fast some slow, blues, latin and slow ballads. An all blues set or an all funk set can be crashingly dull, an all swing tunes set gets tedious, and an all Bebop set often doesn’t work as well with vocals, and in any case needs to be played with conviction by heroin afflicted black musos with anger management issues to be at their best.

Rule No 4: Emotion: Charlotte Nicdao once reduced an audience to tears by singing Moon River, Sevil Sabah has done the same with Billy Preston’s You Are So Beautiful. Annie Smith regularly reduces an audience to tears as well, but these are generally tears of laughter.

Rule No 5: Singing is a specialised and demanding area of musicianship. Practice as hard as the musicians behind you. Get some formal training and feedback on your technique.

Rule No 6: Ignore Rules No 1 to 5 completely and do what pleases you most – we, the audience, will enjoy it all the more! 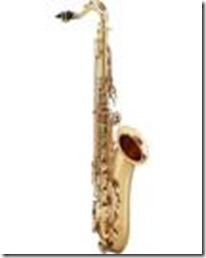 Low flying saxophone. Do not pick one of these up, they are liable to explode and spray shattered egos everywhere

Incomplete drumkit. Complete drumkit is a mythical concept, apparently. Barely adequate for the average drummer, often ruined by the use of drumsticks. Extra carpet required for M Hirsh esq.

Eclectic guitar. This is perfect in every way, especially as it doesn’t have a lead.

Two handed piano. This instrument has 88 keys – a lot of choices, all of them wrong.

One of the special joys of inner city living is lying in bed listening to the rumble and clatter of the garbos at about 6 o’clock in the morning.

The other one is getting the rates notice. It is about at this point that you realise you are not just lying in bed listening to the rumble and clatter of the garbos at about 6 o’clock in the morning – you are also paying for it.

And you may console yourself, humble jazz musician, with the thought that at least Councils are major employers of musicians – Stonnington, Yarra, COPP and others all have programmes of jazz, generally free.

We recently carried out a Feasibility Study for an all-day Jazz event in Melbourne. Great site, good location, lots of pluses. We did a survey of live music prices, and similar offerings elsewhere. We looked at higher priced bands as well as a volunteer/low cost model. Whichever way we cooked the books, the proposal would not, could not, stack up.

And the reason? All those “free” concerts, jazz in the park etc. etc., mean that no commercial operator will go near a jazz festival – unless there is a substantial grant of public money. And so we have the edifying spectacle of professional musicians bemoaning the lack of opportunity, whilst complaining about their lack of earnings, and trousering the Council pay that ensures there can be no other commercial opportunities.

Quite why anyone in their right mind would want to attend a jam session remains a mystery. One day someone sensible will turn up and all will be revealed. No Hortense, that is not what I meant at all…

So supposing you read the ad in Melband, or google “Melbourne jam session”, or take the advice of someone who really doesn’t like you, or get lost on your way to the Municipal Bottle dump in the hope of a windfall, just what could you expect when you stumble through the green door?

Well, musical tragedies, the most appalling racket, and disharmony for a start. And that is just the saxophones warming up in the back room. Despite all this furtive practising, they still manage to come out and play the head approximately three poofteenths of a semitone flat, before launching into a solo which sounds like it is based on the chords for Epistrophy in 5/4 time, but probably isn’t, before playing over the singer, presuming to play the head one last time and then repeating it to make sure no one else gets a go.

But why just bag the saxaphones when there are richer pickings in the Back Bar?

Drummers... We all like the extended drum solos in between every number, and the slap and rattle jockies rarely let us down. The appalling racket ensures that no one can hear what song, key or tempo the singer or soloist might be calling for, and that gives us at least three excuses for getting it wrong.

Bass players: there are two types of bass player who come to the jam: Taariq in his bebop mode, and everyone else. ‘Nuff said.

Guitarists. Few people know that the guitar is a direct descendant of the mid fourteenth century left handed lute. This is because it isn’t true. Or is it? Whatever, we can only be amazed at how the guitarist can play a melodic line, comp a million chords and put in the bass line all at once, without ever interfering with the tempo and rhythm being set by the bass and drums.

Captain Chaos: He maintains he carefully orchestrates the musician changes so that everyone gets a fair turn; and he never gets the least bit irritated when anyone just presumes they can get up and barge in because they feel like it. Or wants to play just one more tune, or doesn’t want to get up because they are waiting for a more accomplished line-up.

The Pianists: Anyone who has read this far will be wondering about the pianists. Most of them are good looking, modest, talented to a fault, and generously hold the whole thing together. The other one is still malingering in Hospital, lazy sod…

Freda Trout is writing the newsletter this week. Gawd help us.
TW