On Sailing
There is a saying amongst wise sailors that if you even start thinking about taking in a reef, it is already time to do it.

The Tower Hotel Jam Session: launched with a pretty spiffing start. Not full sail, perhaps, but of the 24 peeps who rocked up, all of them said they would come again, most thought the joint fairly classy, and the sound quality was better than ever. Miss Kay even used the cheap Chinese Shure knock-off microphone, which was a vast improvement on what we have been used to.

Highlights of the day included

· A bunch of locals dropping in for a meal, and staring, gob smacked, at the musos performing for them. Several said they would come again – the beginnings of a new crowd, perhaps?

· Calamatta, resplendent in his red hat, playing more than he ever has at a jam before.

· David Lole (piano) dropping in for a look-see, staying all afternoon and playing up a storm

· The Debster, Kay and Ash the only singers, getting plenty of air time

· Saxofollicles from Alan, The Captain, Jeff

· Drums by the Hirsh, and Andre – Andre probably the best on the day, but Mike gets the gong for helping to pack up – much appreciated.

· Garram, Malcolm and meself making up the four piano players for the day

· Quite a few people saying the venue was closer for them than St Kilda had been.

All of which makes it so much more of a pity but, reluctantly, we have decided to put the sessions “on ice” for the present. Apologies to Gina (Bistro Manager) but we would like to come back. By which, we probably mean that we will resume the sessions some time around September, but I am not saying which year..

Hopefully, the two (or is it three now) regular readers of the Jammers Newsletter will appreciate that this is being done for all the right reasons which may or may not include the fact that we wouldn’t mind a break anyway, can’t be a***ed to go on writing the Newsletter if there is nothing much to write about, and we would rather everyone went home and caught coronavirus mildly but nicely whilst there, and the Jam Sessions weren’t to blame.

Hatches battened down, and a reef taken in.

Stay in touch, and toodlepip
TW

Advice to all Bandleaders and registered Musicians

Corona Virus: The expert advice (1) that we have received is that current modelling shows infection rates climbing rapidly, and then starting to decline around August. For quite some time after August, there is now a real risk that tickets will not be purchased by people worried by the coronavirus situation.

The Financial model for the Festival is based upon all registered musicians receiving an equal share of profit from the Festival. If the Festival does not make a profit, then musicians do not get reimbursed. (2) We think that it is in your best interest as a musician, to defer the Festival until after things have settled down.

Venues: We have discussed this situation with the venue managers (3) . They are making their premises available either free (The Newport Bowls Club and the RSL), or at a reduced rental rate – their profit from food and beverage sales relies on sufficient numbers of people attending the Festival.

If you have already registered and paid the $25 registration fee

Do nothing: we will hold your registration for the 2021 Festival date

Request a refund: njazzfa@gmail.com We will process these as quickly as possible. You would need to re-register for the 2021 Festival in due course. This option costs the Festival organisers approximately 75c per refund.

If you have not registered yet and paid no fee. Hold your registration until the due date in March 2021.

If you have purchased a ticket or partner ticket: let us know if you would like a refund: njazzfa@gmail.com

We will refund all Partner tickets now or hold until new Festival date. It is likely that ticket costs will increase for 2021, but tickets already purchased and not used until 2021 will be valid without any extra cost.

Yup, check the dates above. We have taken a deep breath and postponed the Festival until the same time next year. Band leaders and registered musicians have been informed and a copy of the advice is attached.

We will be locking the website whilst we process refunds etc. Leaving plenty of time for something else to go wrong…

The original Dizzy’s, the Night Cat, The Scarlette Bar/Onederland, The Glasshouse, Ramage, La Pena, The Royal Standard, The Leinster Arms, The Junktion Hotel, The Post Hotel, and now….There has been a fair bit of movement this last week, with Jammers suggesting, and looking at, a fair few different venues. The upshot is… 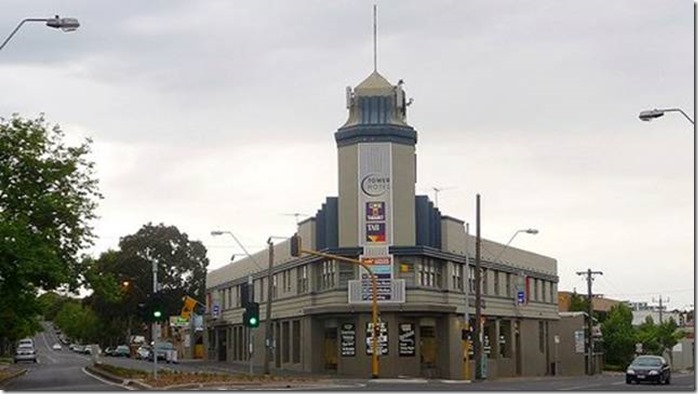 Good parking (free on Sundays), and the Jammers will be in the Bistro – food and bevs available. Go in the door on the left in the above picture. We have organised a 4 week trial to see how it goes, and whether any Jammers turn up, other than Jane who suggested the joint and then arranged a family function for Sunday so she cannot be held responsible. Sensible girl.

The room is larger than the corner bar at the Junk, and a similar shape so the sound should be good. If not okay. Or reasonable. Or ‘orrible in the finest traditions of the previous venue.

Does anyone get the impression that we won’t know until we have tried it? And it has more carpet than Mr Hirsh esq. could have ever dreamed of.

So….Don’t come this week unless you are desperate. We are secretly banking on having just a few peeps there so we can play some half decent tunes.

Oh, alright…See ya there?
TW

We ended up with 69 respondents. Thank you! The answers we got would have been quite beyond our expectations; if we had any.

How long have you been coming to the jams?

72.5% said they had been coming to jams for more than a year. Of course, those who have only been once or twice would be less likely to respond, but we have counted over 130 different musos in the last year.

How often do you come to a jam session:

50.7% said less than once a month – so maybe the once or twicers have responded…

Which leaves 0.2% of 69 respondents unaccounted for. Thank you Google.

What time do you normally get to a jam session?

The answers were pretty widely distributed, but the sessions peak at 5.15 – 5.30 (we know this from the muso list that we have been keeping) and several people consistently arrived after 6.00pm

Turns out there was a pretty even response from 2.00pm to 4.30pm. With one “probably not go” and one “no idea”

There is nothing tying the start time to the Post Hotel – we could agree a 2.00pm start at any venue, but it does not, at this stage, have majority support. Should we revisit this question later?.

Would you still come a Jam session if it was somewhere else?

This response really surprised us. Can it be interpreted as – coming to a jam session is a priority, the venue is not.?

Is there another venue (consider hotel, RSL, Bowls Club etc.) you could suggest

There were 43 responses to this. 25 possible venues were mentioned. There were two votes for the Post Hotel, (“The Post is brilliant, best venue we’ve ever had.”) and even one for the Leinster Arms. A number of RSL’s and Bowls Clubs got ticks, and The Tower Hotel got two votes, not all of them from Jane…

We still have some venues to investigate, hence the four week trial rather than just settling for The Tower Hotel. It is remotely possible that The Post could ask us back – there was only one negative comment about the Post, so this might be a popular option.

So, we started at the usual time of 4.00pm, and got told at 6.00pm that the management had booked a paid band for 7.00pm, and would we kindly stop playing, but stay around for the next band, order meals and spend lots of money to make the Post more profitable. Just to add to the fun, the hotel management had failed to inform their own bar staff of the change, and the incoming band were equally unaware of the situation. Not particularly classy. 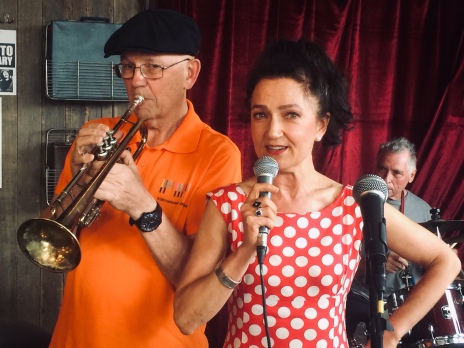 There had been some meetings and discussions over the past couple of weeks so we knew the Post had a problem – but the upshot is that we have removed the jammers equipment and set in place an urgent search for an alternative venue. It is still theoretically possible that we will return to the Post, but only if the jammers – you – are treated with some respect. The jam sessions have been the busiest day of the week for the Post, for quite some time, and have presumably been profitable for the hotel.

We feel it is important to seek the views of jammers old and new on the future of the jam sessions – there are some people who have been coming since before 2008, and some who are recent arrivals. All your views are important.

You will have received a questionnaire regarding this. We have already had quite a response to this – 50 respondents in less than 24 hours, as well as people ringing to ask what is going on. Thank you.

If you haven’t filled in the questionnaire, please do so urgently. We already have appointments with several potential venues, and some great suggestions.

There will be no formal jam this Sunday – we cannot arrange this at such short notice, but the plan at the moment is to arrange a one month trial at another venue, then go back to the Post to see how their new arrangement is working out for them. 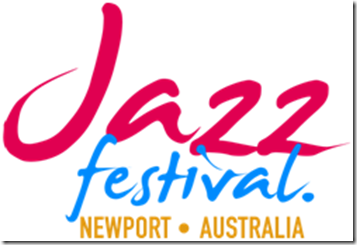 The Band registrations are closed, thank goodness. Now we need to issue the preliminary list of accepted bands, and get the musicians to register by 27th March.

More Venues! A bit to our surprise, the Newport Community Hub people had provisionally reserved more times for the two rooms we are using, as well as keeping the Mechanics Hall available for us. Whoop Whoop.

The Captain has been busy setting up the first draft of the playing schedule – details should be out soon. Can he accommodate all the bands that have registered? Nearly – watch this space (or log onto the website which has more details.)

The Committee: Susie is busy on posters, Deb will have the minutes of the last meeting up any day now, we have contacted APRA about their fee for the Festival (don’t laugh, there will be some APRA members amongst the registered musos), and should get the insurance proposal any day now.

The Website Being progressively updated with information on the bands that are playing. Featured this week Visionary Steel (local band, extremely and exotically moderne) and The Slipdixies (trad band, washboard, banjo, sousaphone and everything in between)

The Debster’s band, Bootleg Daze will be playing at Bar7B, 7b Roper Street, Moorabbin, on Thursday 12th March from 8-10pm.

Free admission and a chance to check out a new venue. The band will be playing (I assume) its usual/unusual exotic collection of quirky songs as well as a few standards, and this promises to be a fun and friendly night.