In light of the buzz around the joint the previous week, it was only reasonable to expect things to be a little quieter – and in that expectation, those of us who wandered into the Gold Street sheltered workshop at 4pm on the dot were not disappointed.

The afternoon would evidently start with three pianists and a saxophone… Izzo, Curtis, and meself, debating as to who should stuff the first stanza by playing drums. We opted for Curtis – END_OF_DOCUMENT_TOKEN_TO_BE_REPLACED

Katerina’s second set was even better than the first – she called some horrendously difficult toons, and Chico and Kip swung all night. The Captain played smooth, and a goodly crowd turned up.

This week, Annie Smith is back in town – known for her stylish banter, and ability to reinterpret arrangements at the drop of a hat. Accompanied by Dave Taylor (double bass), Greg Appleton (drums) Captain Sensible (saxophone) and meself (confused, probably)

This year’s Festival is smaller than last year – they are using the three best venues: the main Hall, the RSL and Warrawee… and as a consequence, are running around 40 bands. This makes sense on a number of levels – 40 bands gives plenty of variety, although the same names crop up in several different configurations; and even if you strap on the motorised roller skates, you would be hard pushed to see more than 20 of them in a long weekend.

Inverloch has been a selective Festival for a few years – not everyone that applies gets in, so in theory, the standard of music should be higher. In practice, it is a great weekend…

Bands registrations should be in by March 3rd, so get cracking! Musician Co-ordinator Captain Chaos can answer any queries you may have on 0422 568 537. Col Garrett has the same number, so he may answer the phone…

No reports from the Festival newsdesk this week. Rumour has it that the Castlemaine Jam Session (first Sunday of every month) is moving to the Maurocco Bar, opposite the railway station. 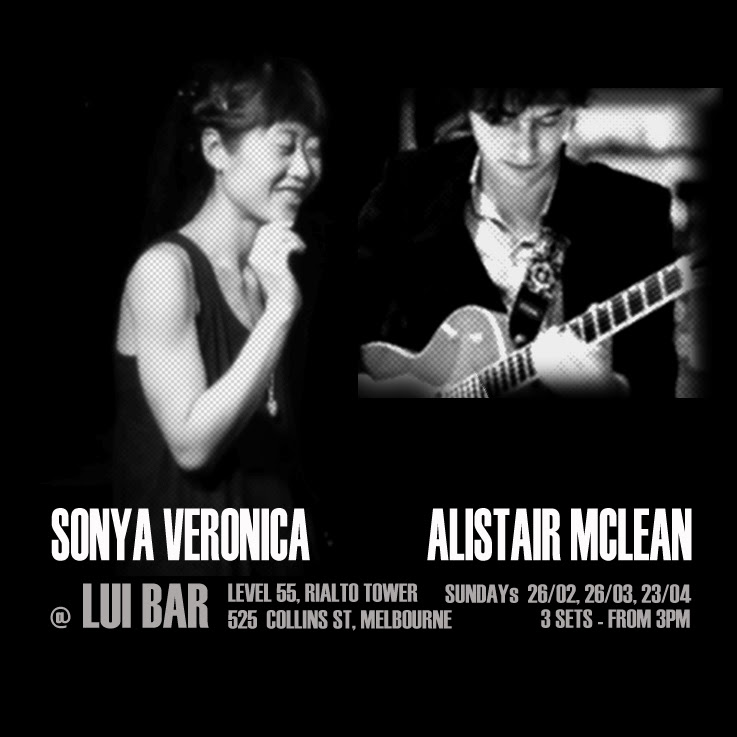 Wandered into the Gold Street Gossip Shoppe and Society Tea Roomes last Sunday with every expectation of there being no one there, and a seriously quiet jam session in prospect, given that so many regulars had made the odyssey to Port Fairy for their first Jazz Festival (see the Captain’s report below)

The session started quiet enough, but musicians of all calibres kept arriving all afternoon – and what transpired was one of the most enjoyable jams in a long time. Could I have a dollar for every time someone said “I thought there would be no-one here…”

We started with a classy little set from Katerina Myskova, END_OF_DOCUMENT_TOKEN_TO_BE_REPLACED

Which we weren’t … nothing but good reports coming back from the Festival – that is good by any standard and not just a first year effort. We are indebted to Captain Chaos for the following…

After 30 successful years, the February Grampians Jazz Festival was wound up, leading to the emergence of the Port Fairy Jazz Festival. Any initial reservations amongst the music fraternity were immediately dispelled – by both the musicians and patrons who made the long trip from Melbourne and beyond to this charming sea side town. The organisation was superb and most of the venues were well set up and within easy reach of each other.

Its hard to hear everybody with 10 venues running at the same time, and playing 6 sets yourself. However, my standouts were Anne Hayres with Melbourne Chamber Jazz, ade ishs Trio and Anne Craig Duo.

The Rev Kev and Ann Craig in full flight – shortly after this, the Blazé managed to re-arrange his weekend and several of his fingers by falling down some steps. There was no alcohol involved, which is probably where he went wrong… get well soon Kevin!

Last Friday, La Myskova served up a piping set, with a reasonable crowd in attendance and a fun night all round.

So good, in fact, that we are running the same band this week, only we have had to shoot Ben Stewart to make way for Chico (guitar).

This is the next Festival on the calendar, and a number of jammers have got sessions – the Divine Miss Smith in several bands, Gentleman John Curtis, Doug Haircut Kuhn, Katerina Myskova, Bill Swannie and meself amongst ’em. Tickets start from $35 for a day session, $80 for a weekend pass, and they even throw in the delightful seaside town of Inverloch for free.

Bands registrations must be in by March 3rd .

Word is, Nadira has registered her Hobart band – The Ish Allen Project and a number of other classy outfits are signed up.

This is the easiest of the Festivals to get to, and the one originally sponsored by the Melbourne Jazz Jammers. It is now in its fourth year, with a reputation for some sparkling music, and a warm and friendly welcome – which is a good thing because historic and beautiful Castlemaine in winter can be cold as …